Known for its beaches, modern planned communities, and high tech companies, Orange County, California, is also home to the Old Towne Orange Plaza.  Dating back to 1880,  and planned as the heart of a new community, walking the streets of Old Towne is like traveling back to a 1800s Midwest town.  Quaint one-of-a-kind shops and soda fountains give way to small prairie or arts and crafts style homes.  In 2018, Old Towne was named one of the “Great Places in America” by the American Planning Association, placing Orange alongside Times Square in New York and the Magnificent Mile in Chicago.

The Old Towne Orange Plaza, part of the Old Towne Historic District, is also home to the Orange Transportation Center, where passengers can catch Metrolink commuter trains and OCTA busses, linking them to cities throughout Southern California.  Between transit riders, Old Towne Orange residents and businesses, and the students who attend Chapman University, which is also located in the heart of Old Towne, parking has been a major concern for all the stakeholders in Orange for decades.

After a full decade of planning, and the combined efforts of several governmental bodies at the local, regional, and state levels, the Old Towne West Metrolink Parking Structure opened in the City of Orange in 2019.  The 608-space structure supports the parking needs of the commuters, as well as those of the residents, businesses, and visitors in Old Towne Orange.  The project partnership involved Orange County Transit Authority, CalTrans, LPA, Inc., Bomel Construction, Southern California Regional Rail Authority, and the City of Orange.  The structure came in under budget by nearly $3 million at a total cost of $23.5 million, with Federal, State, and City funding.

Adding a large new structure in a historic district posed a tough challenge to preserve Old Towne Orange’s historical appearance. Local Businesses, the Old Towne Preservation Association, OCTA, and the City all worked together to ensure the new structure preserved that appearance. The brick clad façade, low elevation of the above ground levels, Old Towne design standards approved lighting fixtures, and historically accurate color scheme both respect, and pay homage to, the architectural heritage reflected in nearby buildings. The structure also houses new solar panels, which offset 10,109 kWh per month and are located in a discreet location so as not to detract from the historical appearance.

The Old Towne West Metrolink Parking Structure is a building with a 21st Century design and an early 20th century soul.  It is sure to both serve, and delight, the patrons who use it for decades to come. 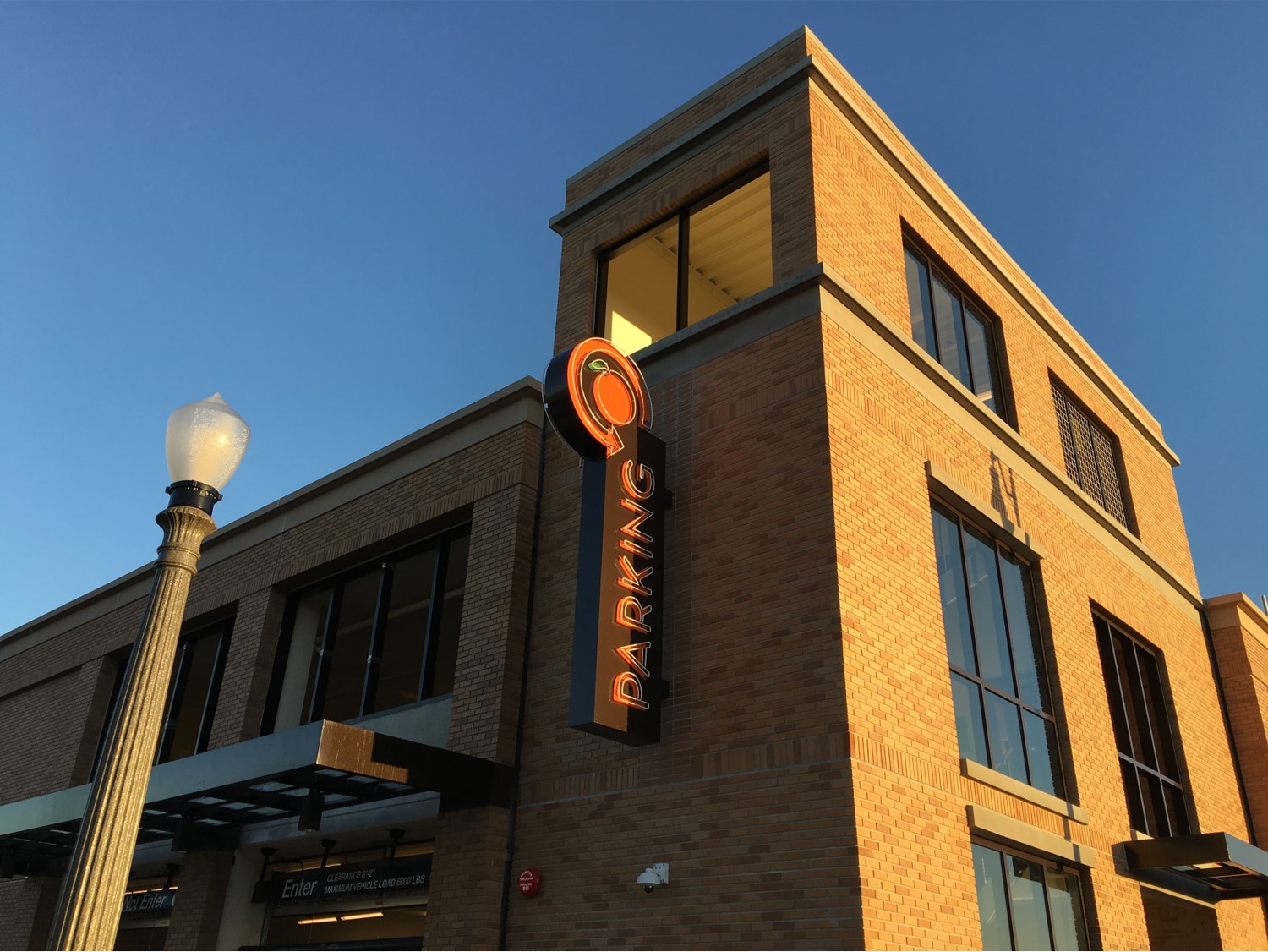