The Port of Long Beach Middle Harbor Terminal Redevelopment Program (Middle Harbor) involves connecting and upgrading two older shipping terminals and transforming them into one of the world’s most technologically advanced and greenest facilities.  The $1.5 billion program uses automation, electrified equipment, and upgraded infrastructure to more than double the older terminals’ cargo capacity, improve productivity, and reduce air pollution by as much as 50 percent.
The program is phased in three turnover milestones to allow the operating tenant, Long Beach Container Terminal (LBCT,) continuous operation during construction. Phase 1 and 2 of the project was completed and began full operation April 2016 and October 2017, respectively. Phase 3 is anticipated to be substantially completed last June 2021.
The $146M Pier E Berth E22 Wharf and Backlands, Stage 3, Phase 3 project is one of the landmark projects of the third phase of Middle Harbor program. It was substantially completed on April 1, 2021 and has since been turned over for tenant use. This project included demolition of existing Pier F infrastructures consisting of pile-supported concrete wharf, removal of the cyclopean wall, pavement, and utilities; dredge and fill activities to construct the backland base; construction of a new wharf at Berths E22. Utility improvements include construction of a portion of the new terminal water main, storm drain, and power and telecommunication power distribution system as well as commissioning of electrical outlets for ships to connect while docked.
The project’s success was due in great part to the Port team working collaboratively with contractor and other stakeholders in solving construction challenges while accommodating end user’s request. 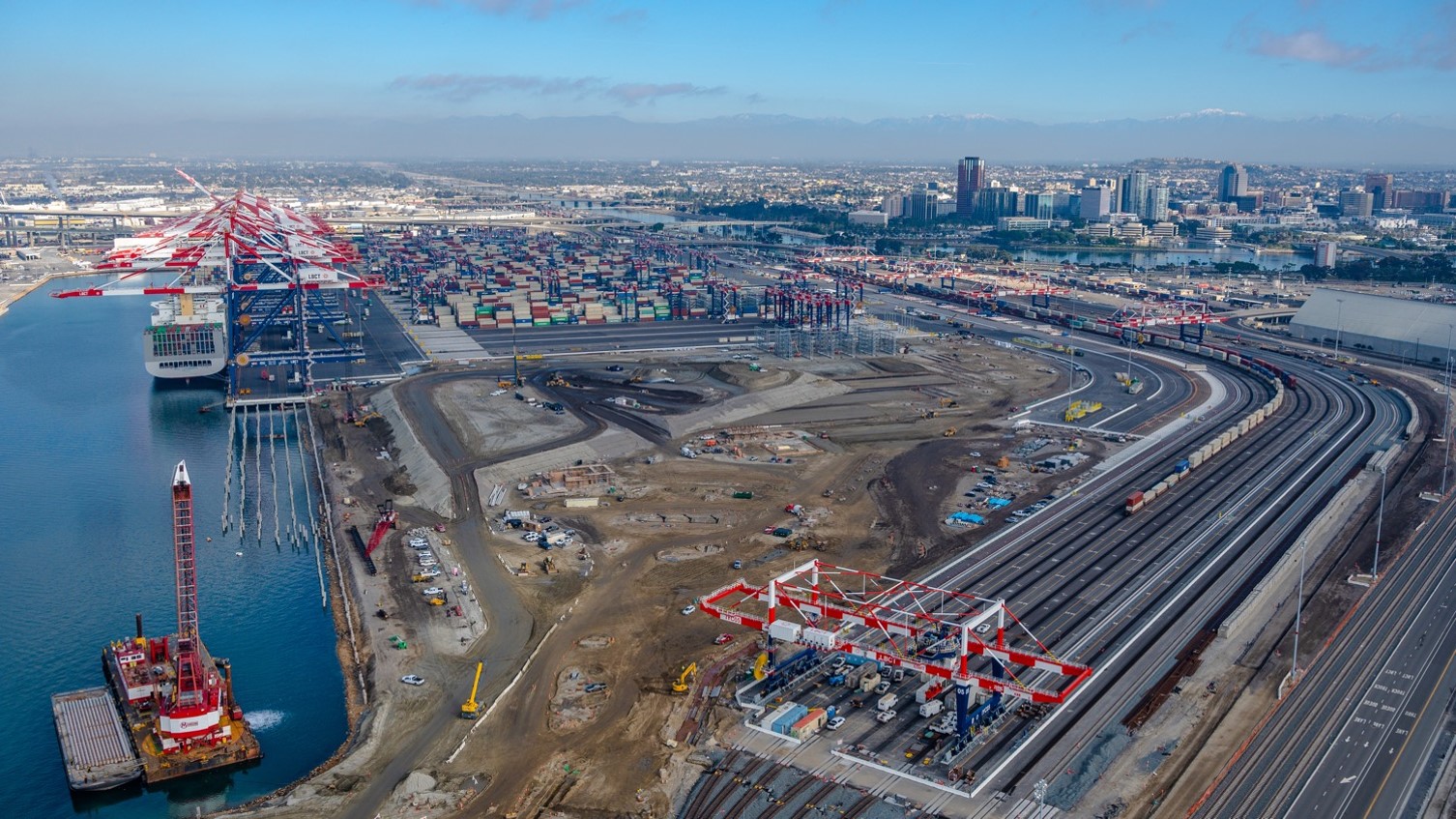