The Shell Beach Streetscape project is an 18 block long Complete Streets project improving safety and livability in the community for users of all ages and abilities by reconstructing the roadway, increasing lighting and landscaping, adding an 8-foot-wide multi-use path to accommodate bicycles and pedestrians, and painting sharrows in the traffic lanes. The improvements include sidewalk upgrades, ADA accessibility upgrades, improvements to the drainage, resurfacing of the roadway, new crosswalks with paver inlays for increased visibility, enhanced landscaping with new trees and a new parking lot. Decorative features such as new LED streetlights, new benches, trash cans and public art have been installed throughout the corridor. This project was much more than just a streets and roads project; it also upgraded the existing water infrastructure and undergrounded the existing overhead utilities along the entire 18-block corridor.
This project reached approval through the dedicated efforts of the City Council, community and City Staff. The Shell Beach Streetscape Project began as a community concept in 2005 and a Master Plan was developed in 2007, which was approved in 2009. The project is the largest capital improvement project in the City of Pismo Beach’s history and was a major goal of the City Council. The project kicked off with a celebration for the community that included a parade and groundbreaking followed by a festival at Dinosaur Caves Park at the south end of the project corridor with music, games, food and culminated with an outdoor movie in the park. 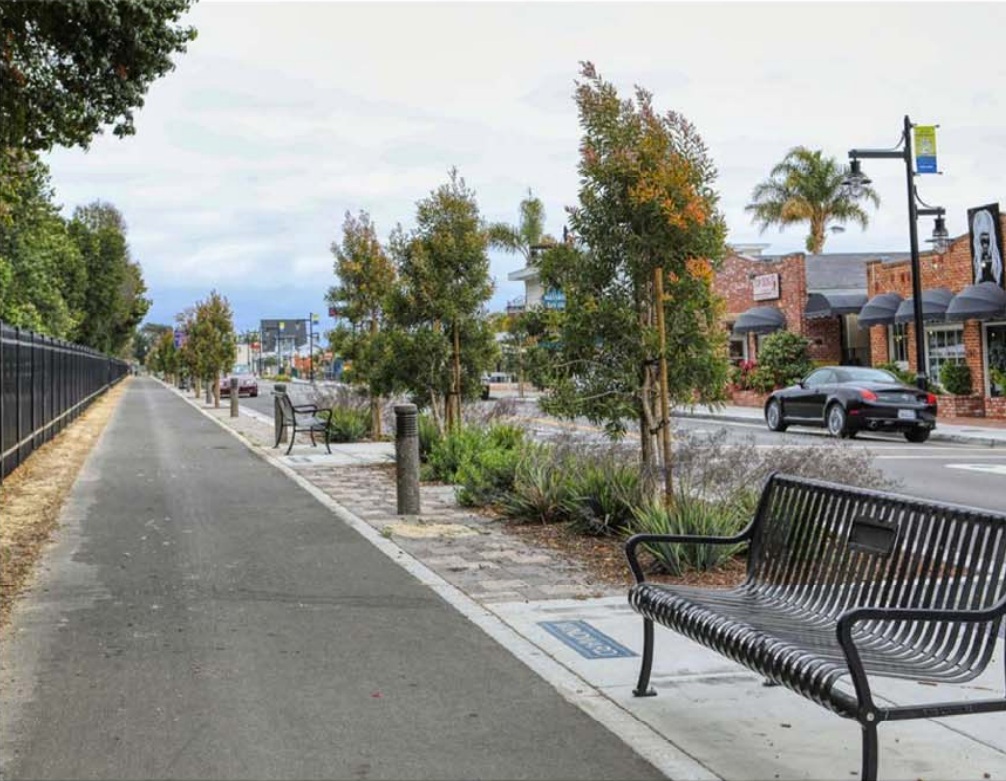